The MediaLab in the Department of Applied Computer Science was set up to allow students to use modern tools to conduct experiments in the field of visual presentation or human-computer interaction or to conduct innovative research in this field.

The MediaLab is divided into the following units: MediaLab UsabilityLab, MediaLab Studio, MediaLab Sandbox and MediaLab Pool. The rooms can be used as required by the situation. 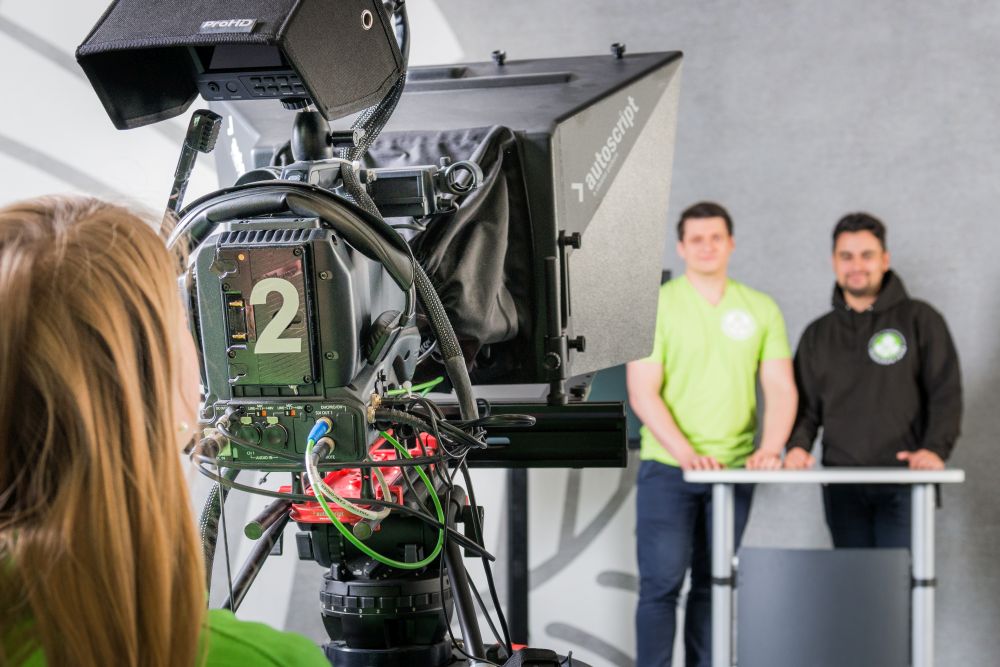 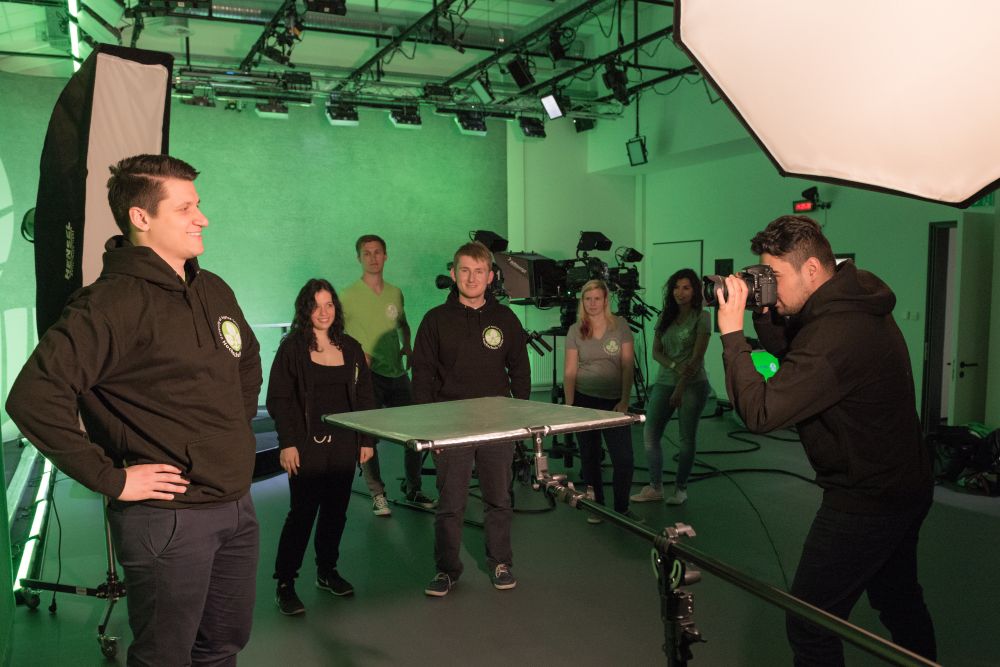 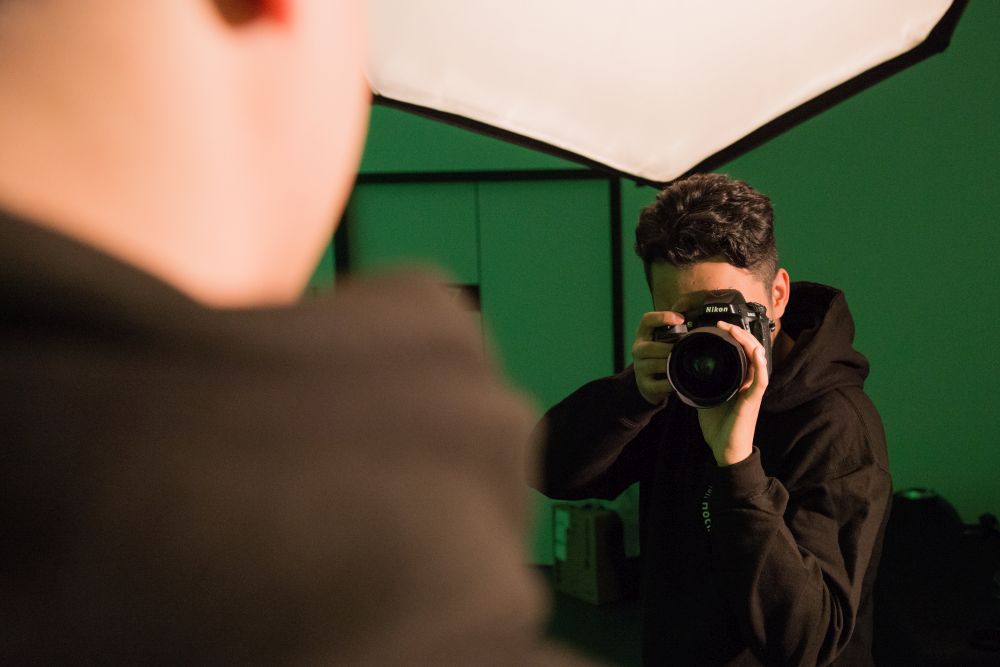 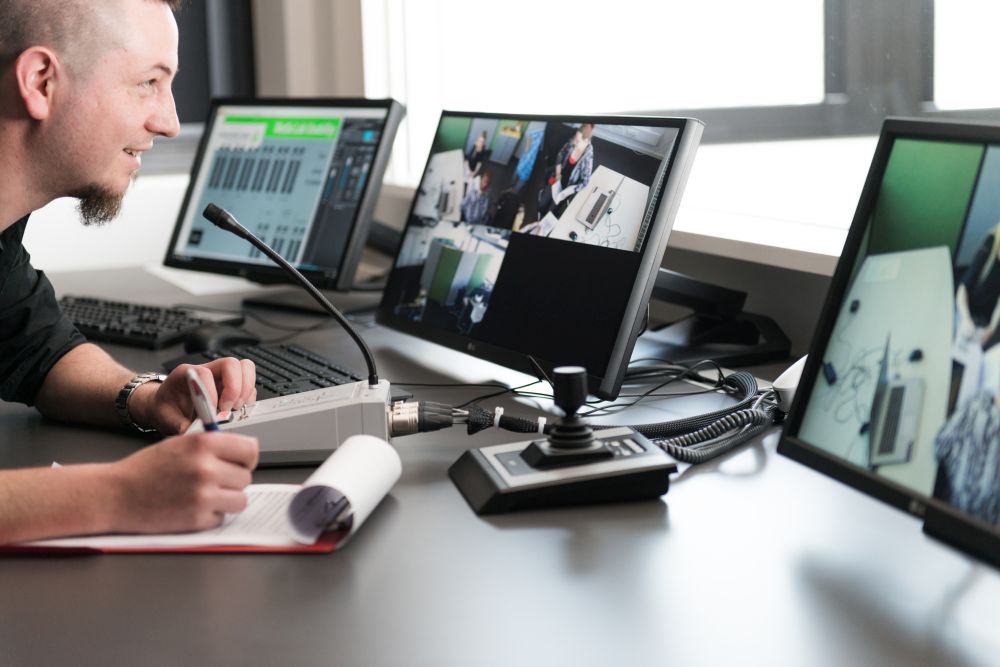 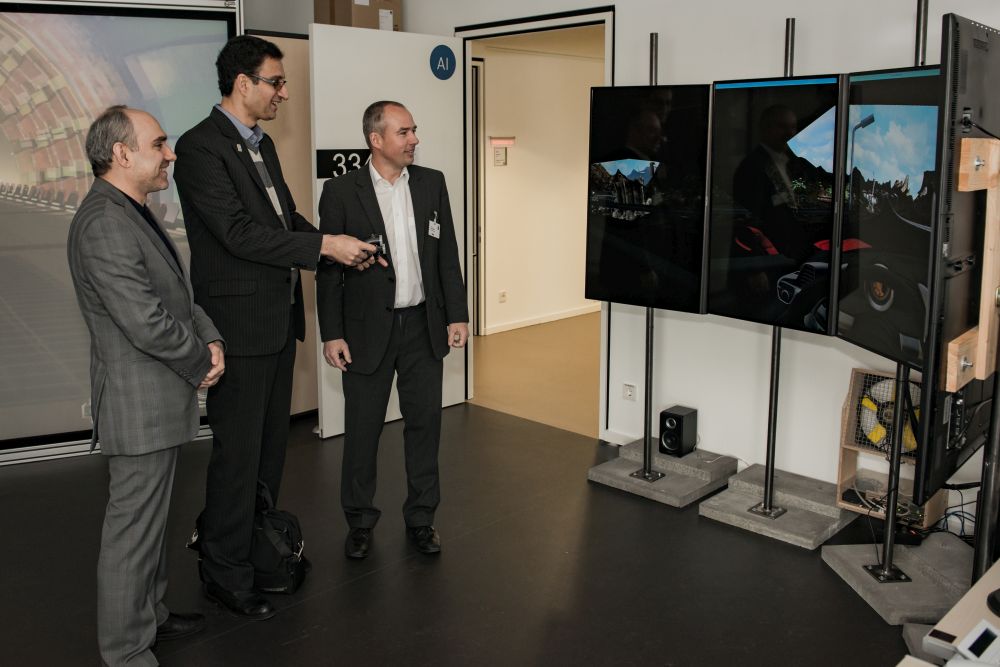 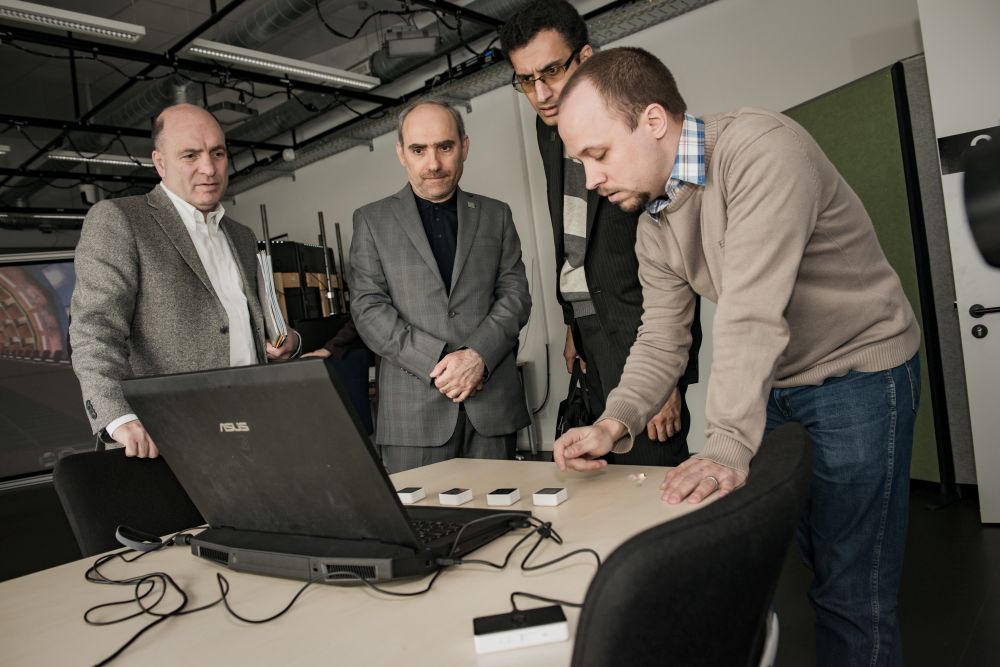 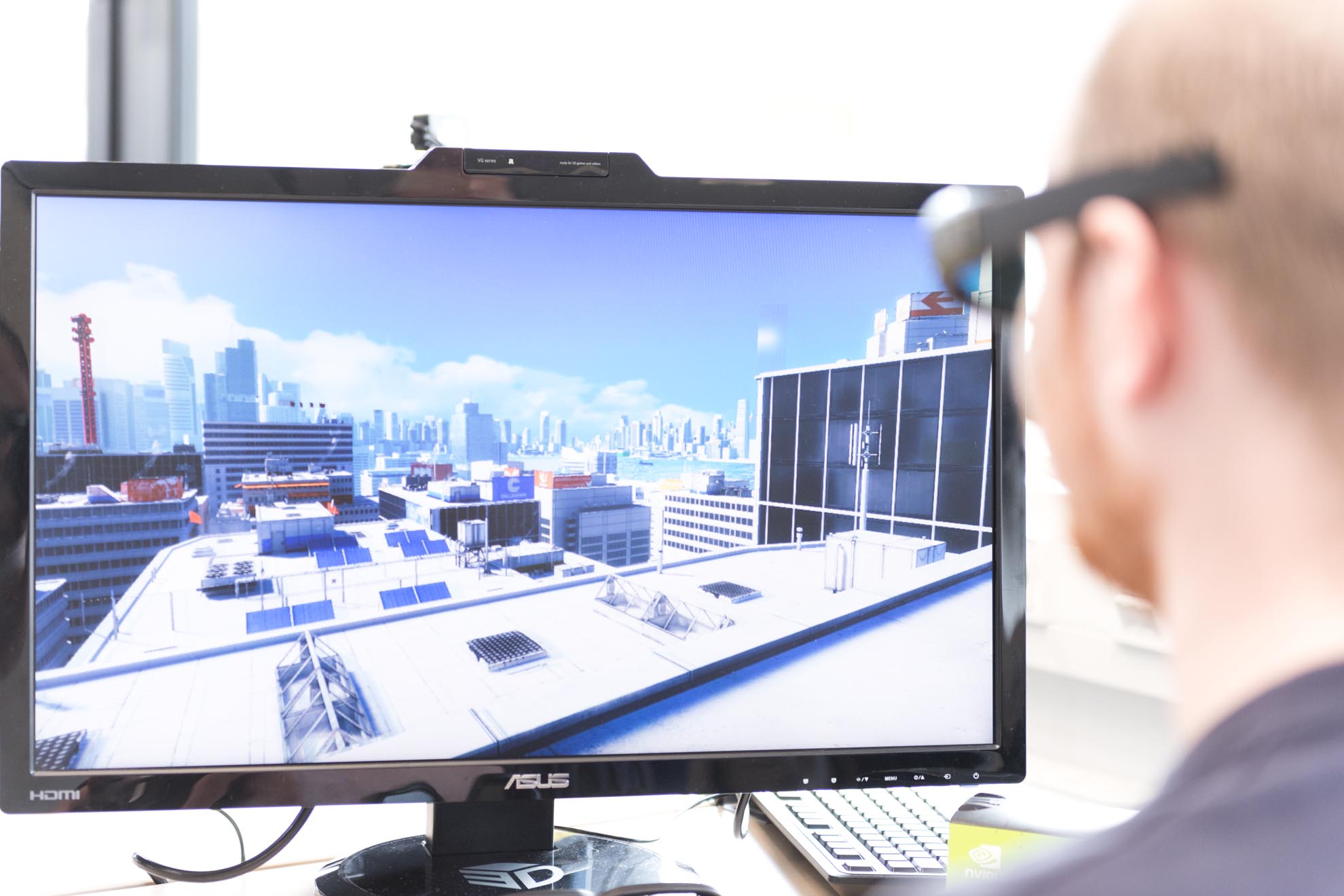 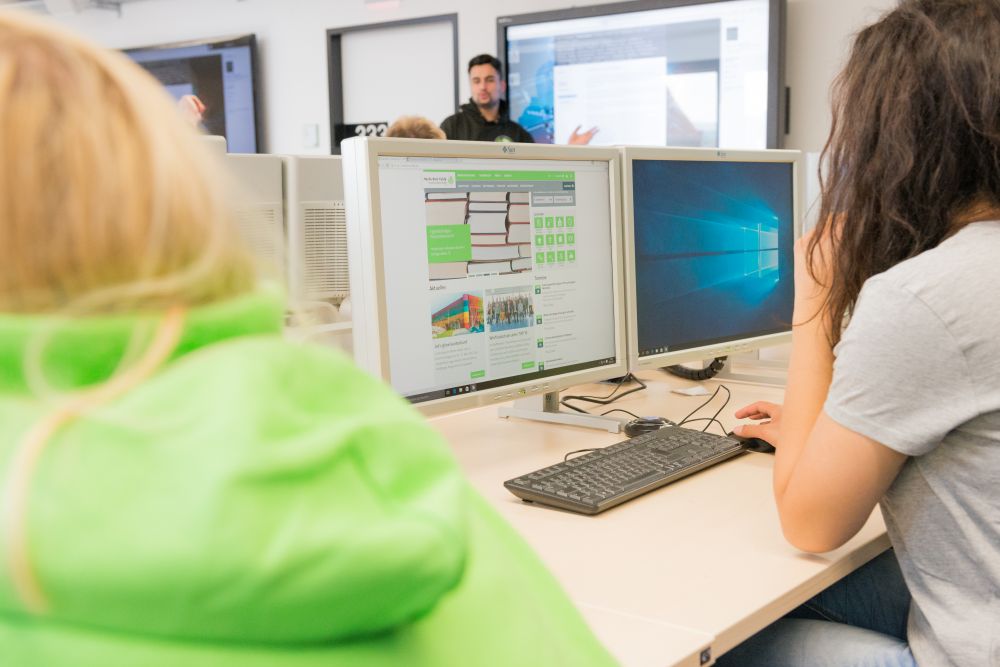 The UsabilityLab is operated in cooperation with the Competence Centre for Human-Computer Interaction (KMCI).

For teaching and research purposes, the UsabilityLab is a modern, spacious and flexible usability/UX lab, which is also available for the exploration of questions relating to industrial practice. User-based observational studies can be carried out on a wide range of scenarios, extending from the traditional desktop workstation via mobile devices to interactive installations such as gesture interaction on projection surfaces or smart home scenarios. It can also be used for studies in the fields of consumer research and customer behaviour or social interaction.
Assessments draw on an extensive range of qualitative and quantitative analysis software. To assist with data collection, the laboratory is equipped with high quality recording technology that allows synchronous recording of various data streams. This means that audio and video recordings, for example, can be made using high-resolution, remote-controlled cameras. This is supplemented by the use of professional eye-tracking solutions (eye tracking and analysis).

Live tests can be observed in a separate observation room through a large one-way mirror or through the cameras in other rooms in the MediaLab, e.g transmitted to the interconnected MediaPool with its 20 workstations and analysed there.

The television studio is divided into a control area and a recording area. The technology in use enables the production of top professional quality videos.

The photo studio is spacious and the professional lighting set and the broad, variable background area allow the production of high-quality studio recordings and recordings of special effects.

The sound studio can be used to produce voice recordings that are then used as commentaries for videos. The voice booth and control room are next to each other but are acoustically decoupled, allowing recordings to be made without disruption. The sound studio is also suitable for music production. In particular, the new technology enables the computer-aided production and editing of digital audio material.

The sandbox, which can be used for experiments much like a children’s sandpit, is where various kinds of interaction structures can be tested.
Among other items, the equipment includes a stereo, high-resolution highwall and a monitor-based curved wall with a resolution of 10 megapixels. In combination with the adjacent UsabilityLab, an optimal working environment is established in which creative and future-fit applications can be developed.

The MediaLab Pool is an ultramodern media teaching room with state-of-the-art computer and presentation technology.

Media IT and Computer Graphics

Media IT and Computer Graphics

Media IT and Web Technologies

Media IT and Web Technologies