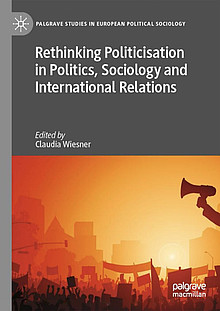 Beginning on sept 1st, 2020 the EU Commission has granted a Jean Monnet Network on the Topic of „Debating Europe“ to Prof. Dr. Claudia Wiesner as PI. The Grant has an amount of 300.000.- euros, complemented by a cofunding of 75.622,16.- euros that are funded by the participating universities.

The primary aim is to open debate and get into a dialogue on the EU with citizens that are neither engaged in EU-oriented civil-society organisations, nor in political parties, in order to bridge the gap between the EU and its citizens. The core of the network consists in citizen focus group discussions that the network members will organise in their home countries – three focus group discussions per country and 18 altogether in three years, with minimum ten citizen participants. The country selection is particularly adequate for our task. We include network members from Croatia, Denmark, Finland, France, Germany, and Slovenia, and hence, we will reach citizens in Eastern, Northern, Central and Southern EU member states, founding member states and nearly all of the following enlargements rounds, small, medium and large member states. Accordingly, the network will enhance an open debate on the EU with around 200 citizens so far not engaged with the EU in six member states. 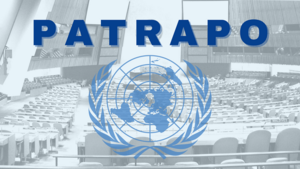 Based on previous experiences both in MUN and in EU projects, the partners will jointly develop, establish and implement the following elements in their universities, to be carried out in a yearly rhythm:

Students, PhD candidates, and professors from six countries and four continents participate in the project "Transnational Governance and Human Rights". The project will expand the international network of the Department of Social and Cultural Sciences at Fulda University of Applied Sciences and establish long-lasting partnerships until the end of 2024. For this purpose, the department successfully attained a one million euro grant from the German Academic Exchange Service (DAAD) from its funding programme UAS.International (HAW.International). The project supports a variety of exchange programmes with six selected partner universities worldwide. These include the State University of New York (SUNY) in Cortland, USA, the MacEwan University in Edmonton, Canada, the German Jordanian University in Amman, Jordan, the Birzeit University near Ramallah in Palestine, Sciences Po Toulouse in Southern France, and the University College London (UCL), UK. It also strengthens the cooperation between academia and practice and establishes the “Fulda Centre for Transnational Governance”, which includes the MUN activities at Fulda. In addition to the internationalisation of studies and teaching, the project focuses on the development of an international research environment at Fulda University of Applied Sciences.

The Fulda Centre of Transnational Governance (CoG) aims at the transfer between academia and political practice, building on the Anglo-Saxon academic tradition and its “Schools of Governance”. The Centre builds cooperations with experts, politicians, and representatives of international and supranational organizations as well as business enterprises, NGOs and Think Tanks – ranging from representatives of the European Commission, the European Parliament, the Hessian state representation to the EU, to foreign trade chambers and companies.

The Fulda Centre of Transnational Governance bundles, systematises and professionalises these international collaborations and organises a programme of events and research, guest lectures and workshops by and with practitioners from transnational institutions. The international guests are integrated in teaching and research. Lectures and workshops are planned in analogue and digital formats. The activities include curricula-relevant excursions (e.g. to Brussels, Luxembourg and Berlin), guest lectures, as well as teaching and research stays (incoming and outgoing). In addition, the Centre takes care of the participation in international United Nations simulation games ("Model United Nations", MUN), directed by the project PATRAPO which will be continued and elaborated.

Political Science with a focus on European Integration